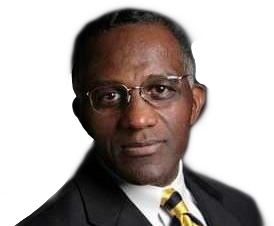 The photo of a white male carrying a confederate flag in the halls of the United States Capital  on January 6, after a violent mob stormed the  Capital, caused great shock and outrage.

People across America and the world was surprised and appalled to see such a site in 2021 where the confederate flag, which symbolize treason, oppression, white supremacy and servitude  slavery, could be displayed in the bastion of democracy, called America.

However lets be brutality honest and clear, the confederate flag, in fact, represents the evils of the  old south of slave plantations and the  stars and bars/ stars and stripes lynchings of black men and women,  was not  the only flag under which we experienced most  horrors of slavery and death; it was under  the stars and stripes that we caught the most hell. If you ask the average black person about the confederate flag, especially those devoid  of history, including many of our youth, they  would say  they no nothing of or about the confederate flag, other then say they saw it maybe on an episode of the the TV show The Dukes of Hazzard.

History has shown us that after  the civil war of 1863 and after 1865 Emancipation Proclamation blacks were  continued  murdered, lynched, castrated, and our women and children raped and reduced to the levels worst than  animals, all under the American flag. Even when Dr. Martin Luther King Jr. led thousands of our people in marches for justice and the right to vote, they were violently attacked by police and government officials, including the KKK, all wearing both confederate and American flags.

Not only did our people  people proudly and gallantly carry the American flag while fighting in every war American U.S. was involved in, but when we returned home from these wars we were deprived of the very  freedoms by the very people we were fighting to protect, all under the American flag.

Under the American flag thousands of lynchings was conducted. Please read the book 100 YEARS OF LYNCHING. The Klan bombed the 16th Baptist Church in Birmingham, Alabama, in 1963, killing four black girls, and when the murderers were brought to justice they were   acquitted by an all white jury under the American flag. And let us not forget Emmitt Till and Medgar Evers, both murdered under the American and confederate flag.

As a reminder of the of what  the American flag symbolize to black people, there is a unforgettable photo taken in 1976 during a demonstration  in Boston, where a young white male lunges at black man, who was held by other whites, with a sharp point flagpole with the American flag attached.And it was no accident the majority of the  flags, including Trump flags,  displayed at the attempt insertion at the Capital were  American flags.

I recall as kid growing up in Coney Island police took me and my friends to a remote area at  the  beach and made us strip down to our underwear and  hit us on our legs with their night sticks. They then threw our sneakers in the ocean and made of walk home in our underwear,  in the cold winter. Me and my friends knew nothing of a confederate flag, only the American flag those police wore on their uniform jackets.

In most recent times we had the killings of Trevon Martin, Micheal Brown, Eric Gardner, Sandra Bland, Richard Collins lll, Briana Taylor, Ahmaud Arbrey, Tamir Rice, George Floyd, and countless others, all killed under the red, white and blue.

Despite all our mistreatment, black people continued blacks  to remain patriotic, more so than those who claim to love America; salute and stand for the American flag. I recall taking a group of young boys to a baseball game at a ball park in Coney Island. When the national anthem was played,I and the boys stood at attention, not pledge, and all around us were dozens of mostly white fans talking, laughing, buying beer and popcorn, and  not paying attention to what they were hearing. And football great Colin Kaepernick was castigated and terminated from his career for taking a knee when the anthem was played  in protest against police brutality against black people. A clear double standard.

So we must continued to fight, as our ancestors did, to force American  and the flag she represents to pay us for the 430 years sweat and blood we gave to this country; the saying remains: You Bought Us. You sold Us. You Owe Us!!!